Catching fire – Haendel on the Road has several roots and is developing in divers projects. The initial point of this story is the love for opera shared by Merle Fahrholz and Alvaro Schoeck, as well as their different, but on both side very rewarding experiences in the work with young people from various cultures.

If you want to know how it all started and why we are working with operas of George Frederic Haendel, please go to the bottom of this page. Otherwise you will find a sketch of every project on this site, as well as impressions, pictures and videos of our work under Impressions and Videos. 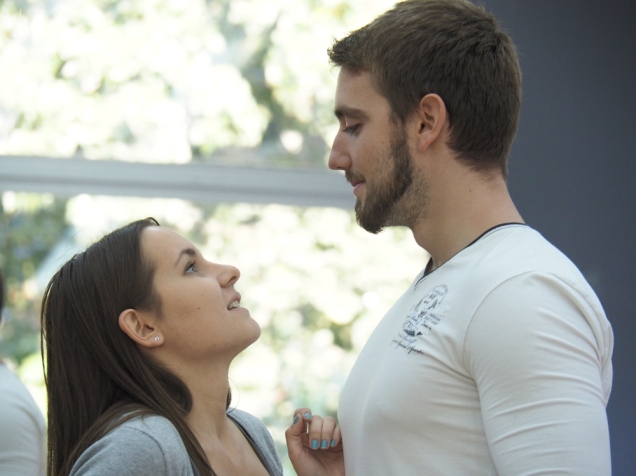 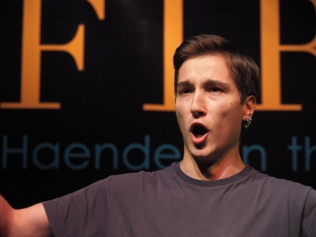 During the International Summercamp Sombor from August 3rd till August 10th at the Red Cross camp in Bački Monoštor we have been working with young people from Serbia, Croatia and Germany. Twelve students with and without musical background, three musicians and two professional singers were joined under the guidance of two professional workshop leaders. The arias we have chosen were Lascia ch’io pianga, Abrucio avvampo and Ogni indugio from Haendel’s Rinaldo, as well as some instrumental interludes. They reflect different emotions, such as joy, exhilaration and also sadness and anger. We wanted to explore how these operatic arias are reflecting our own states of mind in different situations and how we can transfer them to individual musical expressions as well as body movement.

Workshop leaders were Johannes Gaudet and Georg Schütky. They were supported by the singers Jana Jovanović (soprano), Marijana Radosavljević (mezzo-soprano), the musicians Natacha Gaudet (piano), Rastko Uzunović (clarinet) and Veronica Peyer (cello), as well as by Marijana Mijanović for the musical coaching. Additionally, the whole camp (60 youths and 20 workshop leaders as well as the members of the organisational team) have been studying a Haendel choir (the finale from the opera Xerxes) which has together with part of the workshop elements been performed publicly in Bački Monoštor.

Catching fire – Haendel on the Road has partly grown out of the experiences Alvaro Schoeck has made over the years as a member of the leading team of the International Summercamp Sombor. This camp has been founded in order to strengthen mutual respect and intercultural tolerance. It is aimed at young people from Serbia, Bosnia and Herzegovina, Croatia, Macedonia, Hungary and Kosovo. Over ten years of work for the International Summercamp Sombor are not only helping to build up organizational structures for the Catching fire projects, but are also full of enriching experiences in bringing together youths from different countries and cultures. In 2004, the Camp of Cultural Exchange, Respect and Tolerance was among the first institutions to bring together young people from all the republics of former Yugoslavia.

Merle Fahrholz and Alvaro Schoeck are working separately in divers arts educational projects, as well as in many theatres in their respective work field as a dramaturgist and a stage director. They therefor have a large network of people who share their passion for opera or their thrive to work with young people. Nevertheless, two projects realized by Merle Fahrholz in Switzerland have been crucial in the preliminary stages of Catching fire – Haendel on the road: Varietà – L’altro Trovatore and Wunder: Herkunft unsicher. Varietà – L’altro Trovatore has been a project on Verdi’s Il Trovatore with 200 pupils. It culminated in a week based at the Theater Biel Solothurn, where the students not only performed their own version of this well-known opera, but also got involved in all the elementary work off-stage, such as lightning, technical preparations, ticketing, catering, bill-writing etc. Wunder: Herkunft unsicher has been a project on the human desire for miracles – and how it manifests itself in opera, literature – and everyday life. It involved pupils from a local school, music and design students from the Universities of Bern as well as retired seniors.

Most of Haendel’s operas have been composed for a non-Italian public. Although it was possible for the audience to read the translation of the sung text during the performance, Haendel tried to make the story and the relation between the characters as clear as possible. It was extremely important to him that the emotional situation in the arias would be understandable by just listening to the music. Furthermore, in the Baroque era the musical drama was supposed to illustrate different emotional states (affects), which the characters endured. This resulted in a fixed aria structure (ABA’), used by the composers to contrast diverse emotions. The music was supposed to rouse the same emotions in the public, so that they could empathetically follow the endurances of the characters and get roused in their own minds.